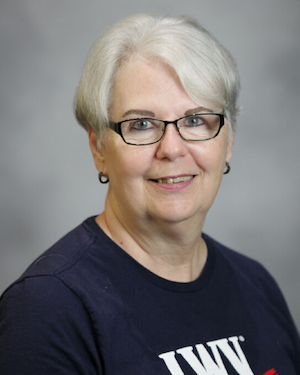 Consistently supporting public education in general, and Christina schools in particular, Susan Mitchell has resided in Newark since 1990.  Mitchell was elected to various PTA leadership roles at all four of the schools in their feeder pattern until her daughter’s graduation in 2003 from Newark High. She previously served on the CSD Board until taking a teaching position at Gauger-Cobbs Middle School.  She retired from the Newark High School faculty in 2017 after teaching 9th-12th grade English, theatre, yearbook and serving as department chair. Her career in education began in Ohio in 1973. Before moving to Delaware, she lived in the Netherlands for seven years during which time she trained DoDs teachers overseas in a program she co-developed for the American Federation of Teachers; that program received the first Research into Practice Award from the American Educational Research Association.

Retirement has allowed Ms. Mitchell to increase her community involvement.  She recently completed a two-year term on the New Castle County League of Women Voters Board of Directors, and currently serves as the Newark NAACP Secretary and Advisor for the Greater Newark Youth Council NAACP.